How the Twin Flame Relationship is Ultimately an Illusion 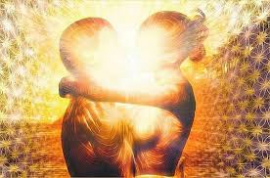 It is no doubt ironic that this insight occurred on the recent new moon in Aries. In esoteric Astrology Aries represents the manifestation of spirit through the soul. Aries is the sacred warrior that protects the cosmic order of life and is centred on self-awareness. Aries allows us to know the uttermost, the alpha and the omega, the beginning and the end. Aries awakens the secret of cycles, the will to return to source and the determination to achieve liberation.

My Twin Flame journey began in 2013 during a pivotal crisis which ultimately lead me to a deeper understanding of my own soul path. It was whilst I was in a deep inner conflict, doubt and questioning that the realm of spirit spoke to me telepathically via a Tree Spirit. Instead of having the courage to face my own adversity, I projected my trauma outside of myself and onto the one I love. The psyche is incredibly clever at displacing what it cannot cope with and somehow making it someone else’s fault. Instead for me spirit had other ideas. Making me accountable for my own suffering and bringing me to a higher truth, this tree spirit told me that I was exactly where I needed to be and that my husband was my Twin Flame. This was the first time I had ever come across this term and phenomena. I had to google the meaning and it took me several months to work out its magnitude. Since then I have provided healing and soul guidance to many twin flames supporting their own purification and transformational process.

Along the way I have encountered those who have been deeply traumatised by the Twin Flame relationship. The twin flame relationship has the phenomena of accelerating and evolving us on a spiritual level at quite a speed, catapulting us into a deep alchemical process. Ultimately we will face all that is left unhealed and also be called to be the Shepherd of the New Earth. It is through this process that the universe accommodates manifestation through its connection with consciousness. Consciousness literally changes the world. But what about the suffering and inner turmoil it would also create? What about the deep longing for union when union was not possible? What about the missing soul fragments and the very rare false twin flame scenarios experienced in my healing clinic? Many parts of it sat so uncomfortably with me over the years, much of which I did not have the capacity to understand. I would often ponder why did this tree spirit open me up to this world? Was it really my path to undertake? Why is the twin flame phenomena so wide spread in the collective consciousness? Why are so many twin flames drawn to me? There seemed to be a missing link.

I have come to understand this. As part of our growth my husband and I, with each of us emitting frequencies of our soul group, planned to evolve our soul group by coming together for sacred marriage and healing the divine masculine and divine feminine aspects of SELF for our OWN evolution. I previously thought the twin flame journey was about creating the sacred marriage, the merging of the polarities, the two counterparts creating a whole. This is not the case. The true purpose of the union is simply to create wholeness in ONSELF. It is an initiation. 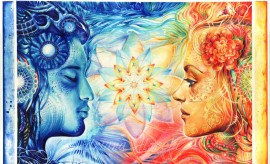 The twin flame meeting/connection/union ignites the purification and transformational process for each individual counterpart, yet they each must do this sacred work for themselves, they cannot do it for each other. The inner processing, purification and illumination must come from within, no one can do this for us. Self-mastery takes us into the essence of our own heart, a sacred chamber that is ours alone. True ascension starts in the heart, with the mind and body following. Creating harmony in the heart is the single most important aspect to balancing the polarities that separate and divide. No one needs to be a twin flame or to have a twin flame to undertake this sacred spiritual journey. It is every man and woman’s path if they so wish. Anyone can seek to combine the divine template of the feminine and masculine energies of SELF. Expansion unfolds when the heart is the altar and the body is the temple to the essence of spirit that resides in all of us. To enlighten the body one must enlighten the heart. All this leads to higher light, higher wisdom, higher love and higher truth. The relationship we cultivate with ourselves is the single most important relationship we will ever have, we need no-one outside of ourselves to complete us. It is only through the doorway of the heart that you unite with the peace inside of you.

Once the sacred marriage of SELF has occurred the twin flame illusion becomes obsolete as the merging of the polarities has already taken place. From this point of wholeness you are an integrated being – you are a balance of the polarities reflecting the totality of source. From this space you can spiral up the ascension path to a more correct and inclusive view that twin flames are ultimately an illusion. We begin to see that this has been used as a concept constructed under karmic conditions and contracts via your soul group for the evolution of your soul. Once you have arrived at this evolutionary understanding there is nothing outside of yourself that makes you whole. This is one of the last phases of the ascension cycle – healing the wounded aspects of the divine feminine and divine masculine aspects of SELF. Balancing the frequencies of masculine and feminine energies is in no way limited to a twin flame union, anyone can do this. Those experiencing a twin flame connection have intended to do so under the governance of their soul contracts as a way of helping each other evolve. The soul contract is to ignite that healing process and to begin the sacred marriage within the SELF – irrespective of being in union or not. This is not to say a union will or will not occur. What I am saying is that the true work is done within the SELF. This is the purpose of the initiation – not the sacred union of the divine counterparts – rather the merger within the SELF. 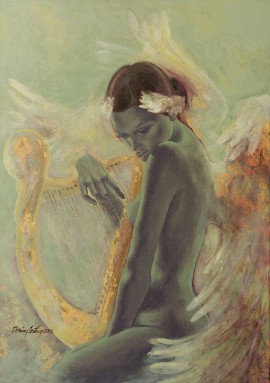 Once this sacred marriage within SELF occurs my only guess is that we are able to transcend duality, the energies that construct this dimensional reality. There is no separateness – there is no you – there is no other. The illusion of separateness falls away and all that is left is all encompassing and all inclusive. The soul group has transcended duality – what it came here to master. And yet no doubt this won’t entirely be the correct view either – there will be the next level of view to master and so the cycle goes until we merge back into the primordial energies in which we sprang. Again my guess here is that the primordial energies at the highest level are neither masculine nor feminine, rather energy at its purest form.

The twin flame is but one message sent to us as an initiation to heal the divine masculine and divine feminine aspects of SELF. It has been orchestrated by the soul in this evolutionary time of transformation so we can transcend the gateways that closed our consciousness off to the gifts of the angelic light. I now understand what I channelled several years ago in regards to the frequency of the twin flame bridging us to the Angelic realm through dimensional energies. It is time for the re-seeding of this frequency and for us to remember our own light dynamics. This is the evolution of the collective consciousness. Such a shift gives us the potential to recreate ourselves in an entirely new paradigm. We become the divine seeds of light itself.

I’m not saying the twin flame vibration isn’t powerful – I have worked with it enough to know that it truly is, what I am saying is that it is not an entirely correct view or the pinnacle of this time of transition and transformation. It is a doorway to the gifts of angelic light, it is the reopening of the gateway that the ancients predicted would open as the new world age births the emergence of a new species of light. The power lies in the integration of the sacred masculine and feminine polarities within ourselves. This is the victory of light over matter, the enlightenment and the ascension.

The initiation of the twin flame connection activates the connection to your monadic family and all you have ever been, joining with the light of all your soul extensions as you merge back to source. I believe it to be some of the last step’s in the soul’s ascension as it merges into one giant spark, pouring into the light of the monad – the soul family. Once that occurs it will then no doubt rebirth itself into its next evolutionary cycle and so consciousness continues.

As the ascension of consciousness reaches new pinnacles of understanding new knowledge and wisdom creates a new landscape that is forever changing. We continue to move into a higher truth that reflects where we are on the path.  The condition of our world depends upon the condition of the consciousness of our souls. 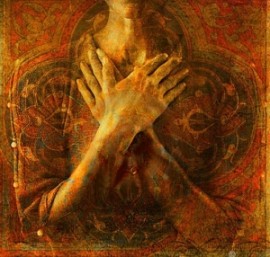 Not everyone’s soul path is to experience the twin flame phenomena. There are many paths to awakening the seed of divinity in all of us. There are different initiations along the path – so don’t waste your precious time or energy in trying to manifest your divine counterpart when you may not even have one, especially when the main purpose is the integrated balance of the masculine and feminine polarities within the self. Don’t suffer with heartache over not being able to physically merge or unite with your twin flame as that may not be your intended path. Instead develop the integrated, sacred and divine SELF – complete unto itself.